Live Your Best Life, Pain Free Everyday. PainHero is Toronto’s largest network of award winning physiotherapists with over 858+ clinics in Canada to serve you. Our mission is to makes it easy for you to find the top clinics in your community. We handpick the top physiotherapy clinics using our 50 point inspection based on patient reviews, complaints, and patient outcomes. Learn more…

Quick Guide To Finding A Physiotherapist in Toronto, Ontario 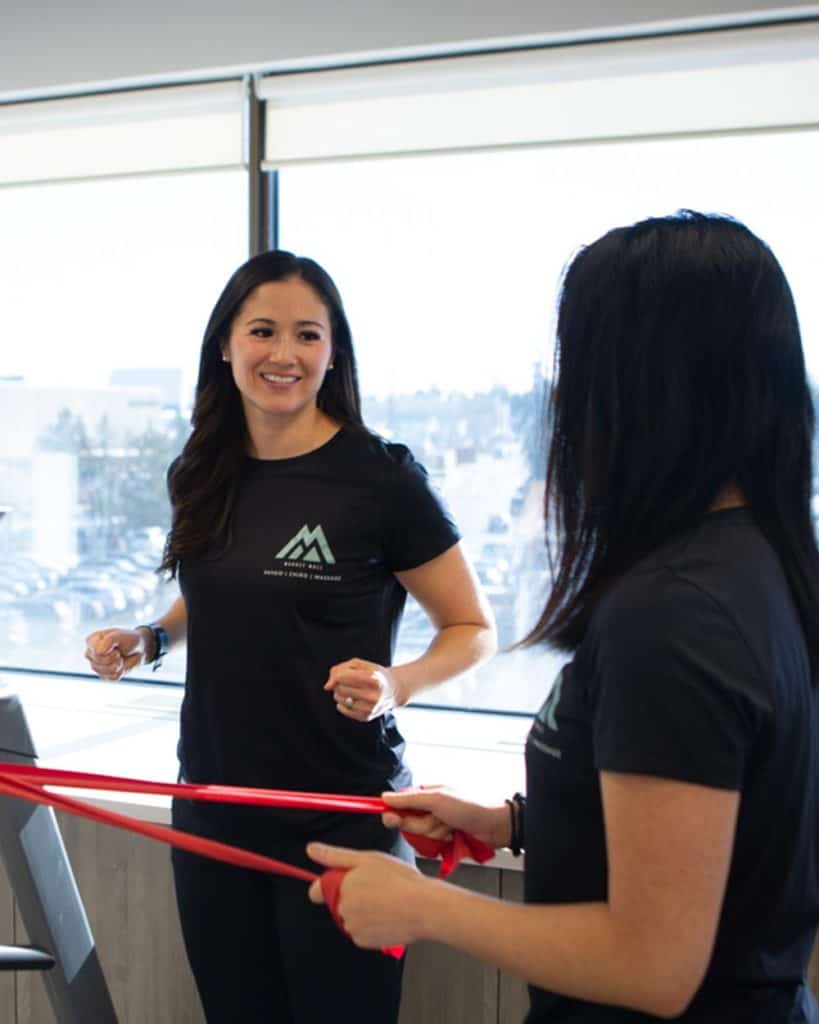 Improve the way your body moves so you can continue to do the things you love. Here are 5 questions to consider when choosing the best physiotherapy clinic:

Costs of Physiotherapy in Toronto, Ontario

Treatments are covered by most insurance plans and can direct bill your insurance company when available.

OHIP stands for Ontario Health Insurance Plan. Funding is provided through the Ontario Community Physiotherapy Clinic Program, and is available to eligible patients free of charge.
A referral is required by your doctor or nurse practitioner. Your physiotherapist will complete an assessment, diagnose your condition and develop a treatment plan based on your goals.

If you have been injured in a motor vehicle accident (MVA) in Ontario, you are entitled to accident benefits coverage. Under the Ontario Insurance Act, no-fault insurance entitles all individuals involved to coverage regardless of whether you were at fault. The amount of funding you will receive depends on the type of injury that you have sustained.

If you have been in a car accident you should contact your insurance company to let them know. And then book an appointment with a physiotherapist to start treatment right away. The good news is that you don’t have to wait for approval by the insurer to get started. And the clinic can bill the automobile insurer directly so you can focus on recovering and not on all the hassles with paperwork and payments.

Workplace Safety and Insurance Board (WSIB)​

Injured at work? Then you may be eligible to have your treatment covered by WSIB.

If you have injured yourself at work you and your employer need to file a WSIB claim and complete the necessary paperwork. You can then go for an assessment at an approved WSIB physiotherapy clinic. With an approved claim the WSIB will cover the cost of your treatment based on their approved fee schedule.

Physiotherapy is normally included in a healthcare benefit package provided by your employer or purchased by you. Coverage varies plan to plan, and can range from $300 in a calendar year up to an unlimited amount. So you need to look into the details of your health benefits coverage. Physiotherapists are direct access professionals and do not require a referral. However, there are still a few insurers that require a referral from a doctor to access your physiotherapy coverage.

Most clinics offer direct billing so they will be able to manage the administration of your reimbursement so you can focus your efforts on your treatment instead of managing paperwork and payments.

What If I Don’t Have Insurance?

The fees for physiotherapy services vary depending on the type of treatment, your condition, and time that is required. Some clinics offer more specialized services and do charge more per session.

You will always be told the cost of the services when you book your first appointment and the therapist will give you a detailed treatment plan including expectations and costs after your initial assessment. 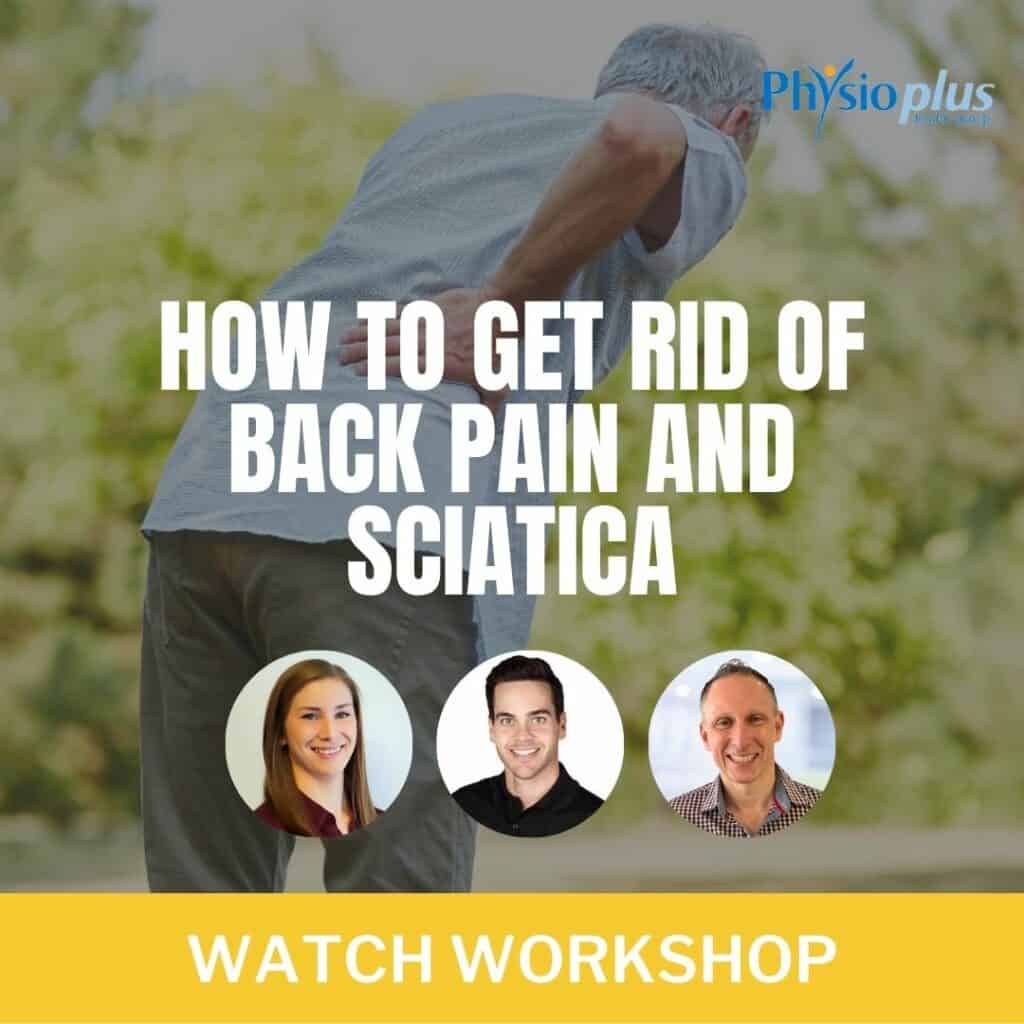 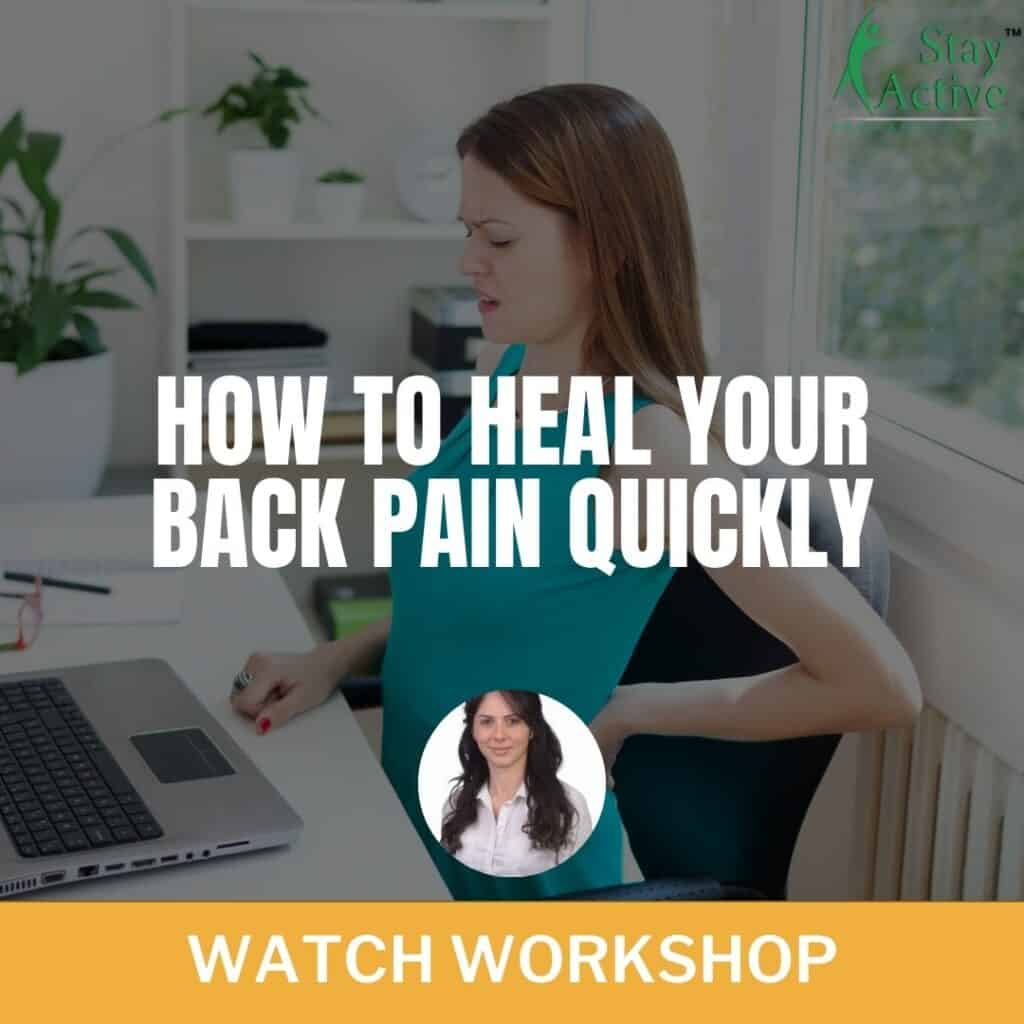 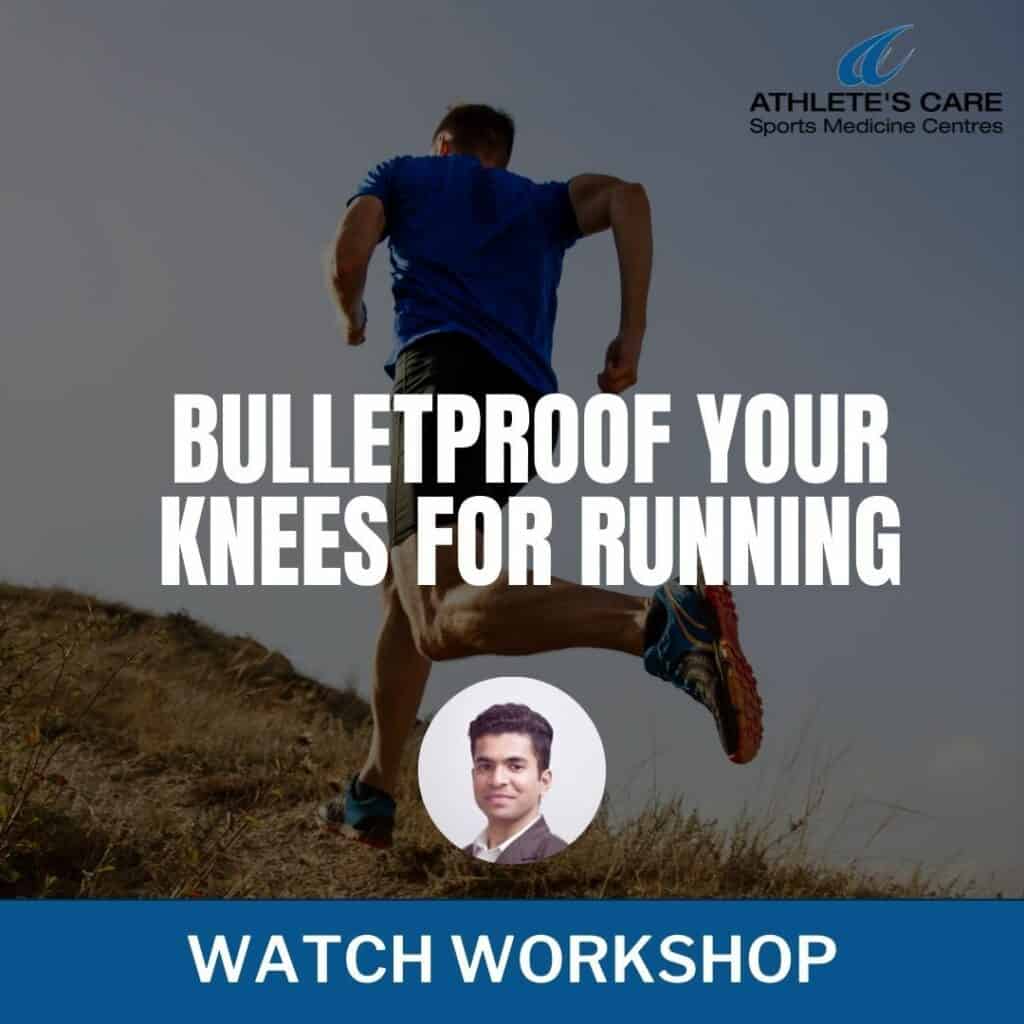 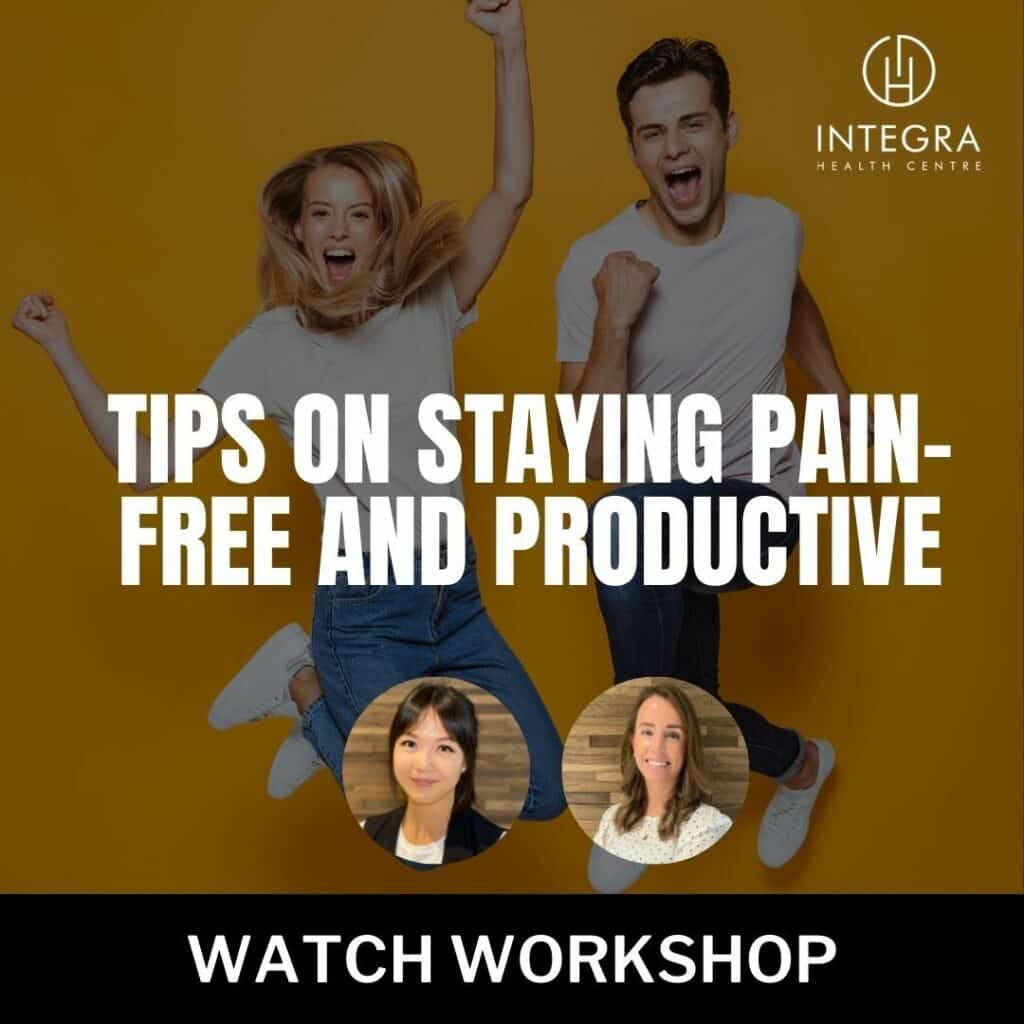 "Do It Yourself" Treatment Guides 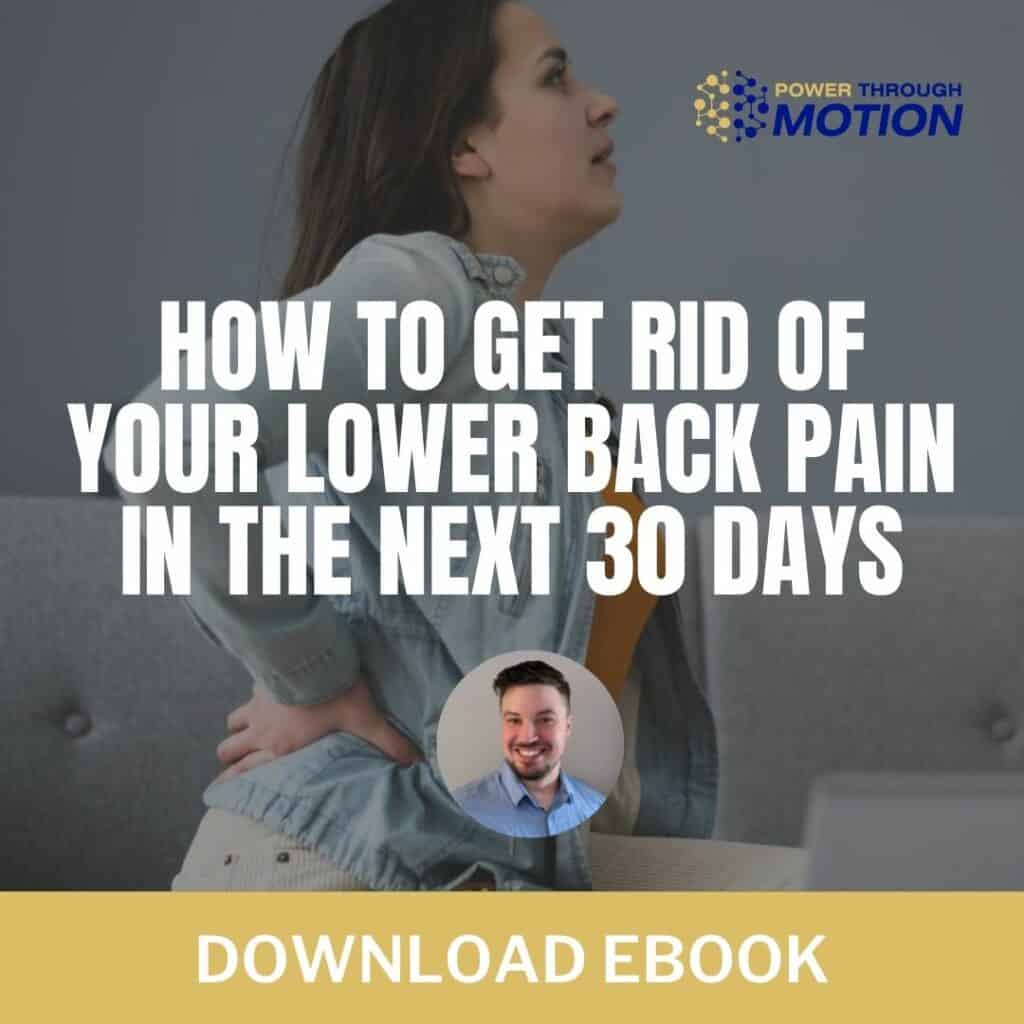 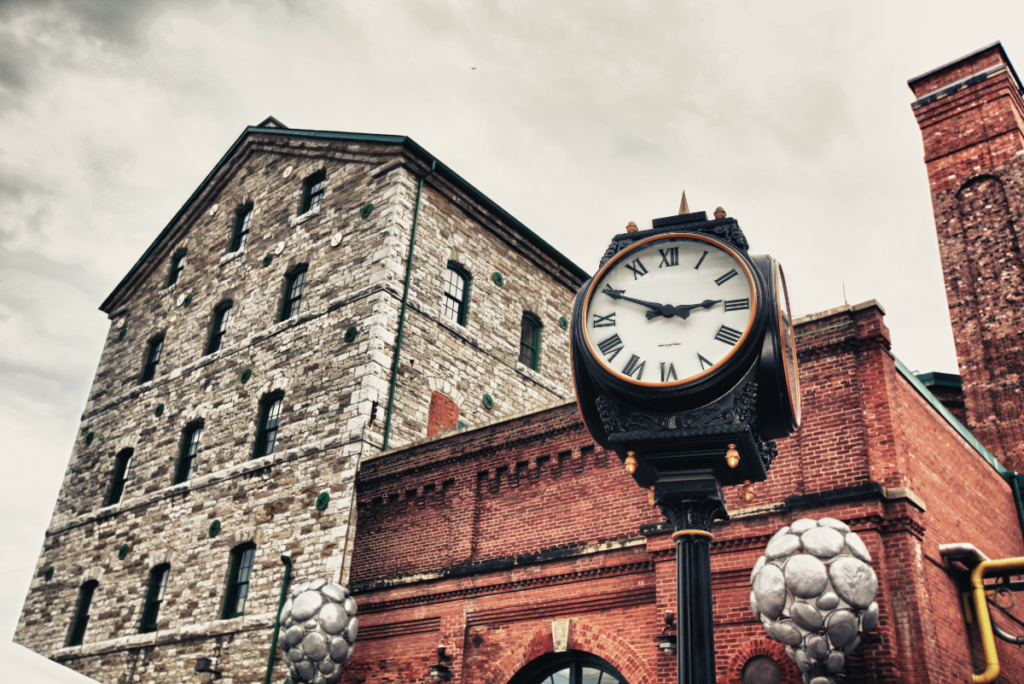 The Distillery District is a commercial and residential district in Toronto, Ontario, Canada. Its cobblestone lanes and carefully maintained Victorian industrial structures dazzle the sight. ​​Several cafés, restaurants, and businesses are housed within the former Gooderham and Worts Distillery’s heritage buildings. It is a well-known destination for its “best of class” creative enterprises, with over 40 boutiques and one-of-a-kind shops. 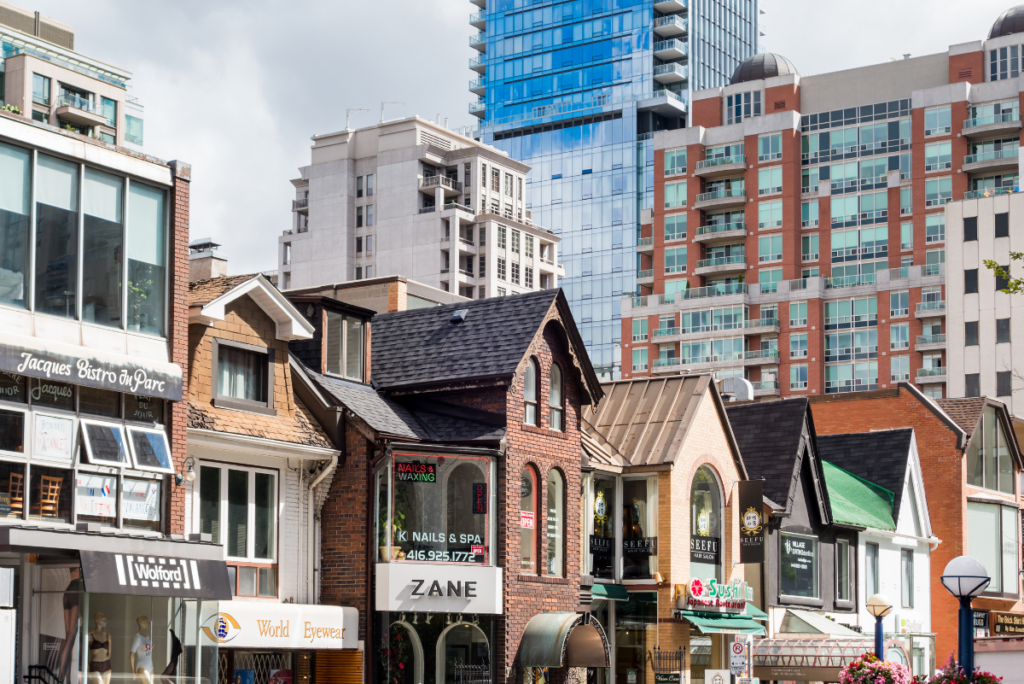 Yorkville is one of Toronto’s most vibrant neighborhoods, as well as one of Canada’s most prestigious shopping districts. There are luxury condo apartment buildings, commercial office skyscrapers, four-star hotels, theaters, gourmet restaurants, a prestigious retail area, and picture-perfect Victorian houses in this odd mix. It was formerly a hippy haven, and its creative roots can still be observed in the few remaining luxury galleries. 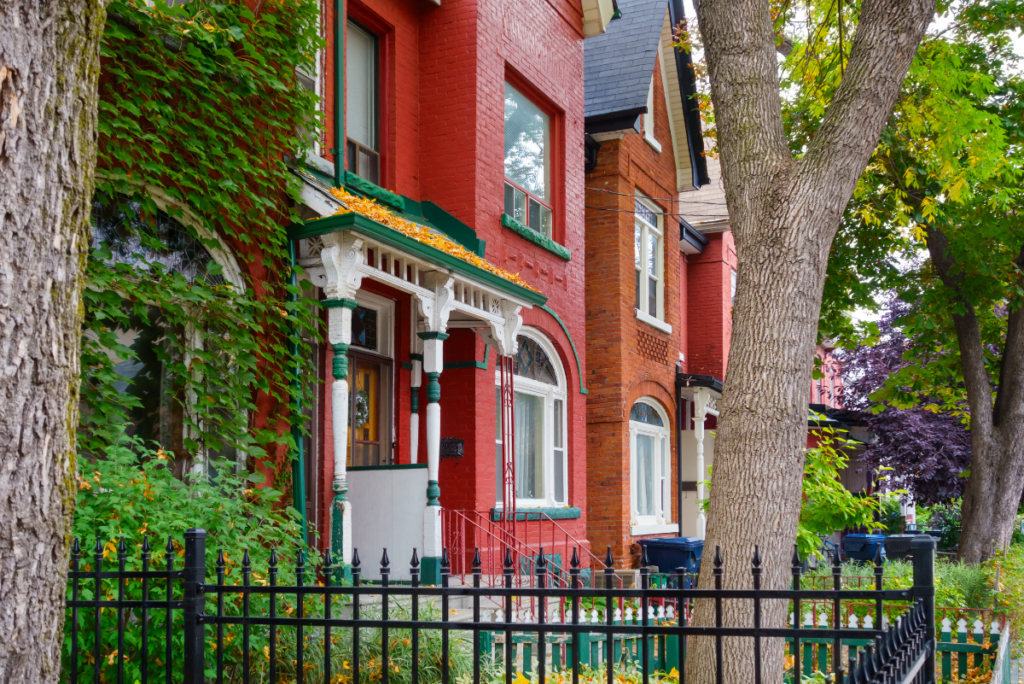 Kensington Market is Toronto’s most vibrant and a distinctive multicultural neighbourhood. It is the best place for vintage shops, authentic hole-in-the-wall restaurants, street art, and people watching. Kensington Market is a very iconic and most photographed area in the city.

Queen West has always been known as a cool and hip and incredibly artsy neighbourhood in Toronto. It has a unique dynamic energy that cannot be found anyplace else in the city. There are many new boutique condominium complexes and condominium townhouses in the area. Queen West is well known since Vogue Magazine named it one of the world’s coolest neighbourhoods and it’s no surprise why. 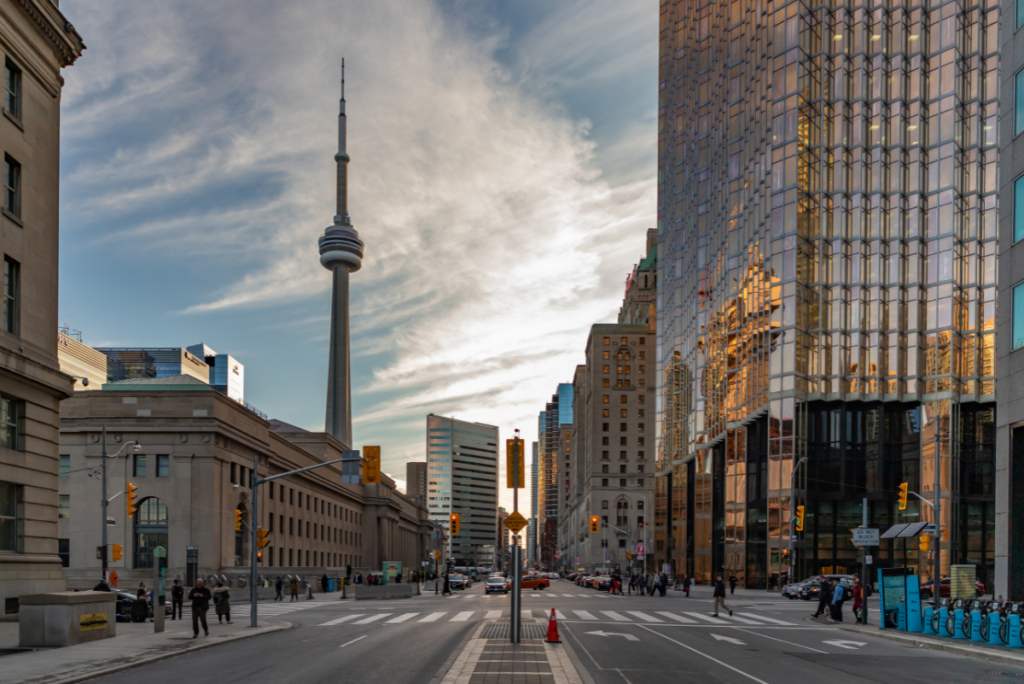 The Entertainment District is known as Toronto’s central business district. It’s all about food, drink, and show. Theatres and performing arts centers, the Toronto Blue Jays, and a variety of cultural and family attractions may all be found here. The majority of downtown Toronto’s nightclubs were also located in this neighbourhood. It is Toronto’s best-known attraction, take in a play or a comedy show and then unwind at one of the area’s countless restaurants, bars and nightclubs. 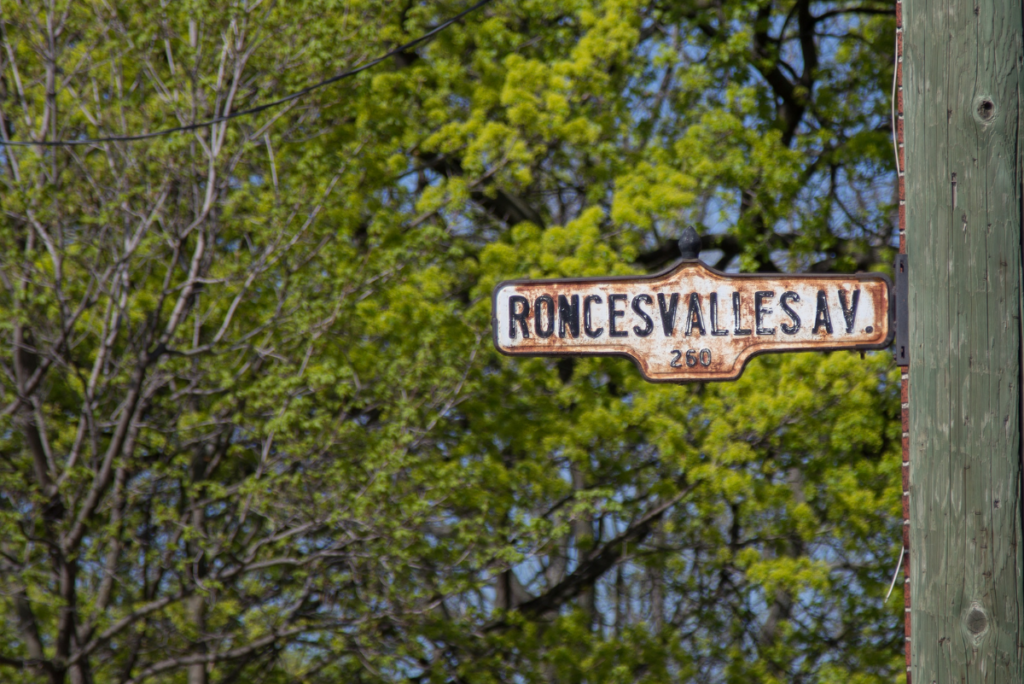 Roncesvalles is an urban neighbourhood in Toronto with a distinct village vibe, which is most evident along its main street, which is named after a Spanish battleground. It is known as the center of the Polish community in Toronto. The great variety of well-kept businesses and gardens, as well as the many wonderful locations to gather and dine, and the warmth among neighbours and shopkeepers, are what make amazing things happen here. 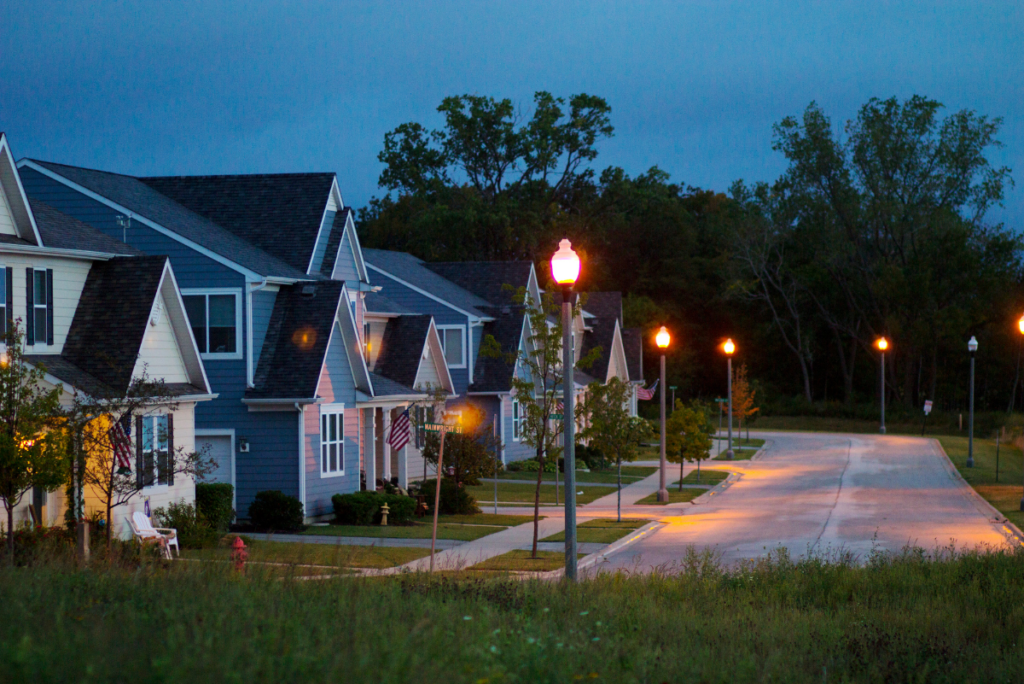 Bay Corridor was formerly called St.John’s Ward, a municipal ward of the City of Toronto. It is one of the most highly populated neighbourhoods in Toronto and considered as the centre of Toronto’s Financial District. Bay Corridor is lined with convenience stores and eateries where you can stock up on household essentials and grab a bite to eat. You can go out to the Downtown Yonge shopping district for more eclectic shopping, or if you prefer something more deluxe, the newly dressed Bloor-Yorkville shopping district has international clothing and fashion stores, home furnishing stores, and a variety of both casual and upscale restaurants. 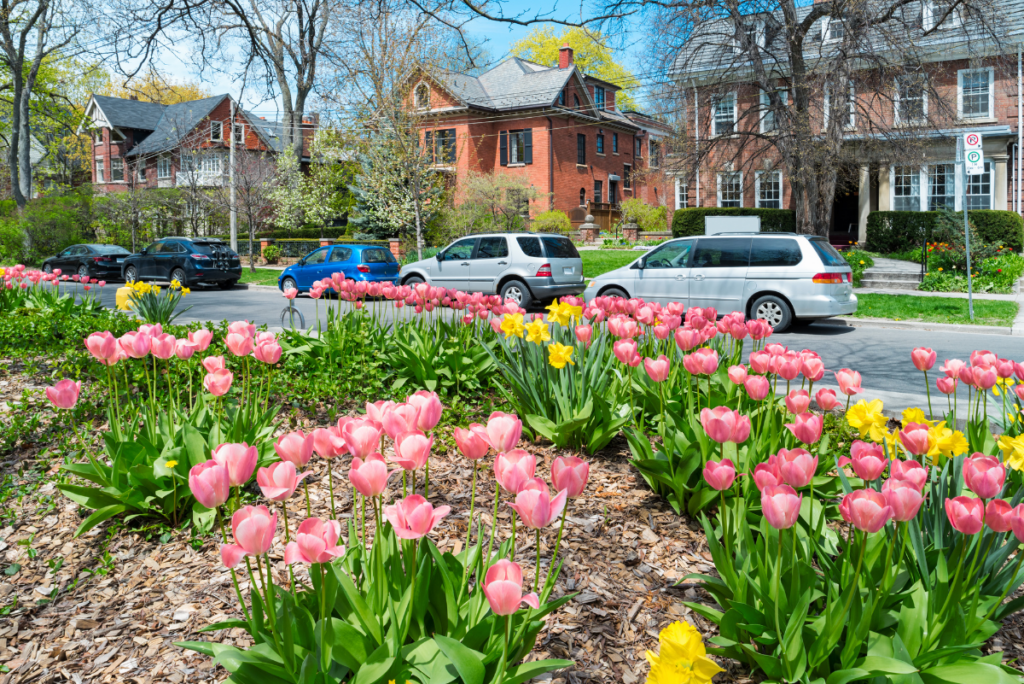 The Annex is one of the most historic and well-known neighbourhoods in Toronto. It is known for its turn-of-the-century architecture and proximity to the University of Toronto and a contemporary mix of trendy restaurants, art galleries, and one-of-a-kind stores. Grab a cup of coffee and stroll around the back streets, which are lined with beautiful residential homes, many of which were built around 1880. 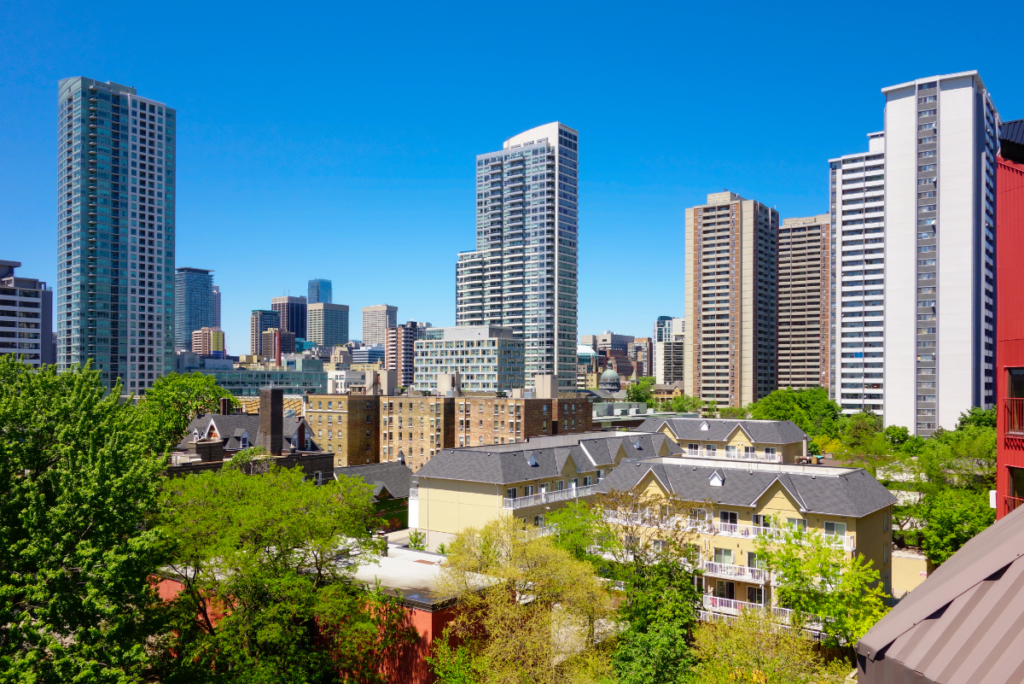 Cabbagetown is a neighbourhood in Toronto which has the largest area of preserved Victorian homes. It is also home to a diverse mix of businesses. Cabbagetown is a one-of-a-kind town in Canada. Because of the fine depiction of architectural and urban design styles, construction processes, building types, gardens, and landscapes, residents and visitors are surrounded by a sense of history and location.

The Top 5 Vertigo Clinics in Toronto

Do you suffer from vertigo? If so, you are not alone. Vertigo is a common problem that many people experience...

Insurance Covered & Submitted For You

Your treatments are covered by most insurance plans. And most clinics in Toronto direct bill your insurance company when available.

How can I get physiotherapy for free in Toronto, Ontario?

There are a few different ways to get your best physiotherapy treatments covered in Toronto, Ontario.

Were you injured at work?

Then you may be eligible to have your entire treatment covered by WSIB. If you have injured yourself at work you and your employee need to fill out a WSIB claim. You can then go for an assessment at an approved WSIB physiotherapy clinic. The initial physiotherapy examination and first treatment will be paid for by WSIB.

Are you covered under OHIP (Ontario Health Insurance Plan)?

OHIP funded physiotherapy is limited to Community Based Clinics that have an agreement with the Ministry of Health. An assessment at a clinic that provides provincial funding is required to determine if you are eligible. To find OHIP-funded physiotherapy services, visit Ontario Health Service’s website and search for “physiotherapy.”

Are you covered under Employer Insurance Benefits?

Physiotherapy is normally included in employer or purchased health benefit plans. Coverage varies from plan to plan and can range from $500 to unlimited so you need to look into the details of your health coverage. Some insurers require a referral from a doctor to access your physiotherapy coverage. Most clinics offer direct billing so they will manage the administration of reimbursement for you so you can focus your efforts on your treatment instead of managing paperwork.

Can I see a physiotherapist virtually in Toronto, Ontario?

An effective way to replicate and enhance the physical therapy you get in a clinic is in your home. Your therapist can assess how you move in your native environment, look at how you have set up your home exercise station, watch you do your exercises, assess your home office set up, and much more.

And physiotherapy video visits (also known as virtual visits) are now covered by most insurance providers just the same way as an in-clinic session would be.

What kind of injuries do physiotherapists typically treat in Toronto, Ontario?

There are a large variety of injuries involving many different joints and muscles that physiotherapists typically treat in Toronto, Ontario

Here are some of the most common ones that physiotherapists see:

Find A Physiotherapist Near You

Find A Physio Near You